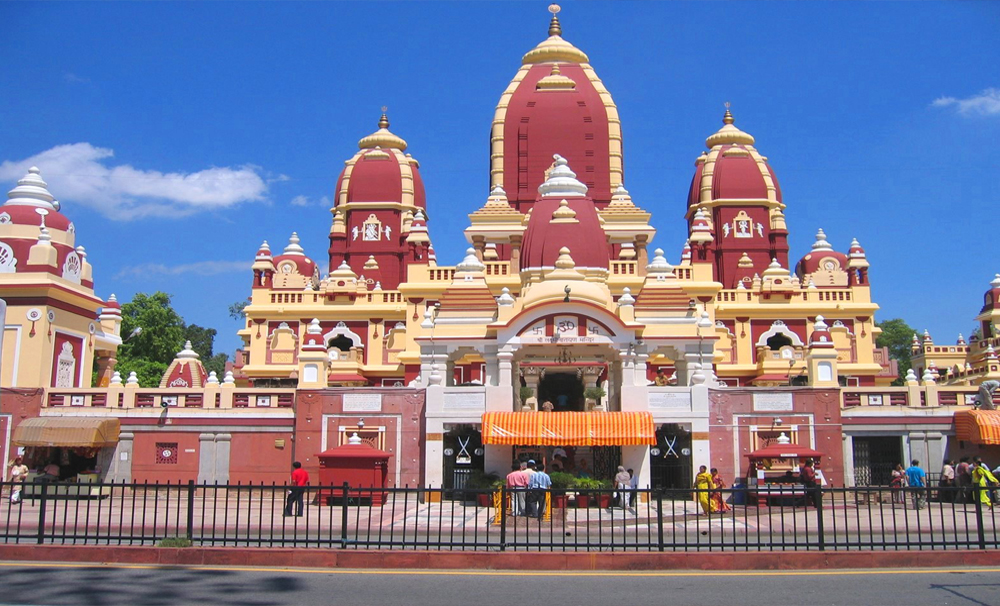 The Laxminarayan Temple is a Hindu temple up to large extent dedicated to Laxminarayan in Delhi, India. Laxminarayan usually refers to Vishnu, Preserver in the Trimurti, also known as Narayan, when he is with his consort Lakshmi. The temple, inaugurated by Mahatma Gandhi, was built by Baldeo Das Birla and his sons (including Ghanshyam Das) from 1933 and 1939. The side temples are dedicated to Shiva, Krishna and Buddha.

It was the first large Hindu temple built in Delhi. The temple is spread over 7.5 acres, adorned with many shrines, fountains, and a large garden with Hindu and Nationalistic sculptures, and also houses Geeta Bhawan for discourses. The temple is one of the major attractions of Delhi and attracts thousands of devotees on the festivals of Janmashtami and Diwali.

The construction of temple dedicated to Laxmi Narayana started in 1933, built by industrialist and philanthropist, Baldeo Das Birla and his son Jugal Kishore Birla of Birla family, thus, the temple is also known as Birla Temple'. The foundation stone of the temple was laid by Maharaj Udaybhanu Singh. The temple was built under guidance of Pandit Vishwanath Shastri. The concluding ceremony and Yagna was performed by Swami Keshwa Nandji. The famous temple is accredited to have been inaugurated by Mahatma Gandhi in 1939. At that time, Mahatma Gandhi kept a condition that the temple would not be restricted to the Hindus and people from every caste would be allowed inside. This is the first of a series of temples built by the Birlas in many cities of India, which are also often called Birla Temple. 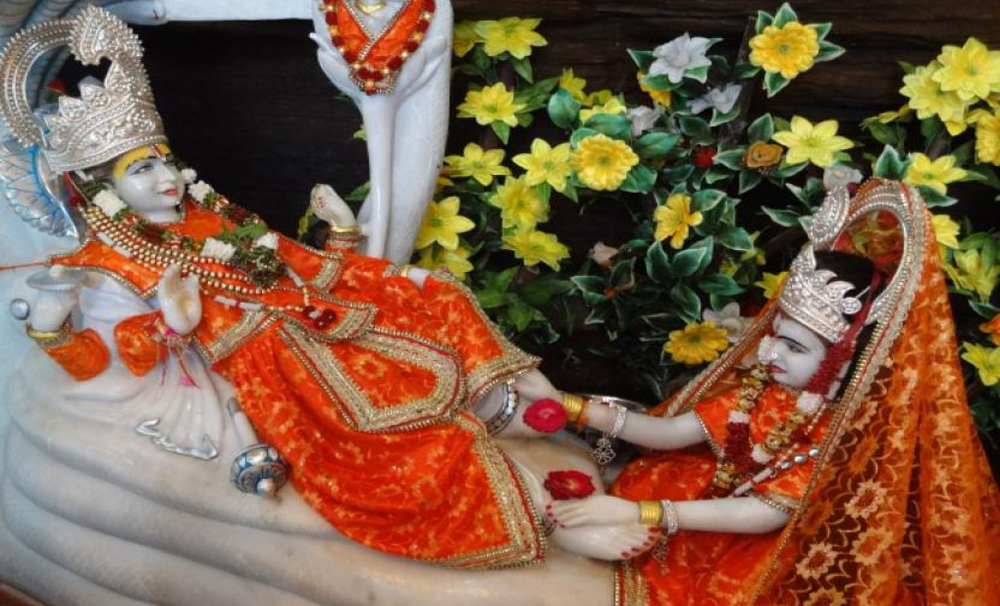 Gufa Mandir is located at Lalghati, near the Idgah hill which is about 5kms from the city center. Gufa Mandir is a temple believed to be discovered by late Swami Narayandas during the year 1949. The large temple complex of Gufa Mandir with many natural caves, houses beautiful idols of Lord Shiva, Ram- Laxman, Sita, Hanuman and Goddes Durga. Every day, large number of devotees from different parts of the world throng here to have darshan of the deity. A sanskrit college is also located with in the temple premises. This is one of the famous hindu Temple in India. 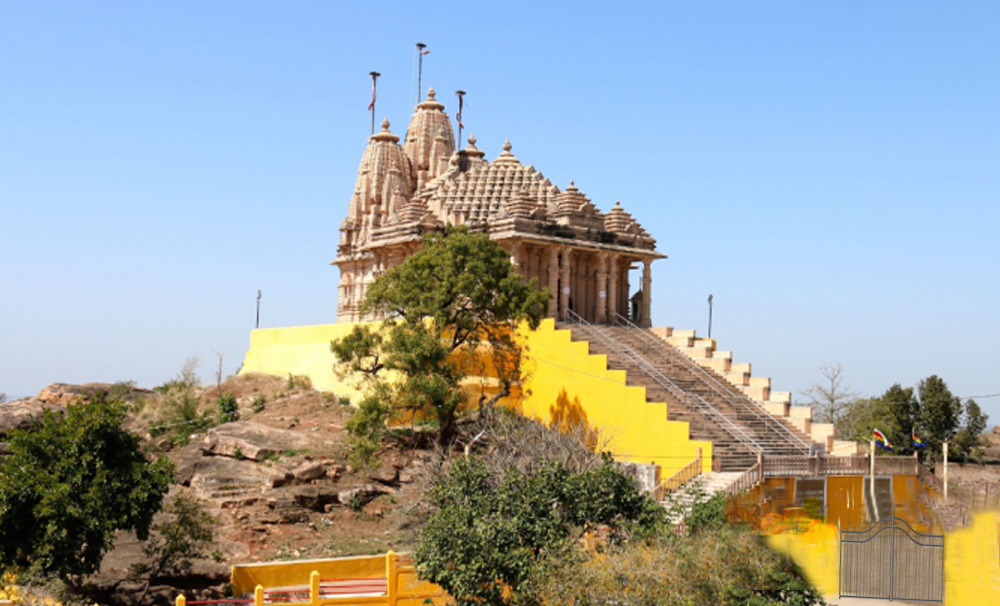 The major religious Jain destination in the Bhopal is the manua bhan ki tekri. Manua Bhan Ki Tekri is also known as Mahaveer Giri. Manua Bhan Ki Tekri is situated 7 km far from Bhopal on the top of hill in Lalghatti. The beauty of Bhopal can be seen in fact it can be felt once you reach to Mahaveer of Manua Bhan Ki Tekri. It is very well designed and the big stones on the hill add some more beauty to the temple. It is very beautiful place a person who is coming to Bhopal must visit such as beautiful Tourist place of Bhopal. A pilgrimage and faith of Jain devotees. On the tekri the Jain saint Maharaj Shri Vijay Suriji, Mahaveer Tekri or Manua Bhan Ki Tekri is one of the very famous Jain Temple in the Bhopal. A big fare is also held every year here on Kartik Purnima. It is very popular for its glamour’s views. It is also said to be the Sadhana Sthali of Oswal Dynasty. This is major points of the devotion of the jain pilgrim from all over the country

Situated atop a hill is the beautiful Manua Bhan Ki Tekri, a famous pilgrimage spot for Jain devotees. Also known as Mahaveer Giri, it is known for its exquisite architecture and panoramic views of the city. The tekri houses the footwear of Jain saint Shri Jindutta Sureshwarji, Maharaj Shri Vijay Suriji and Acharya Manutung, along with an idol of Shri Man Bhadarji.The Simha Gate of the temple features an old manuscript carved on stone, interestingly the language in which it is written is still to be deciphered. It is said to be the Sadhana Sthali of Oswal Dynasty. On the event of Kartik Purnima, a big fare is held in the temple every year. 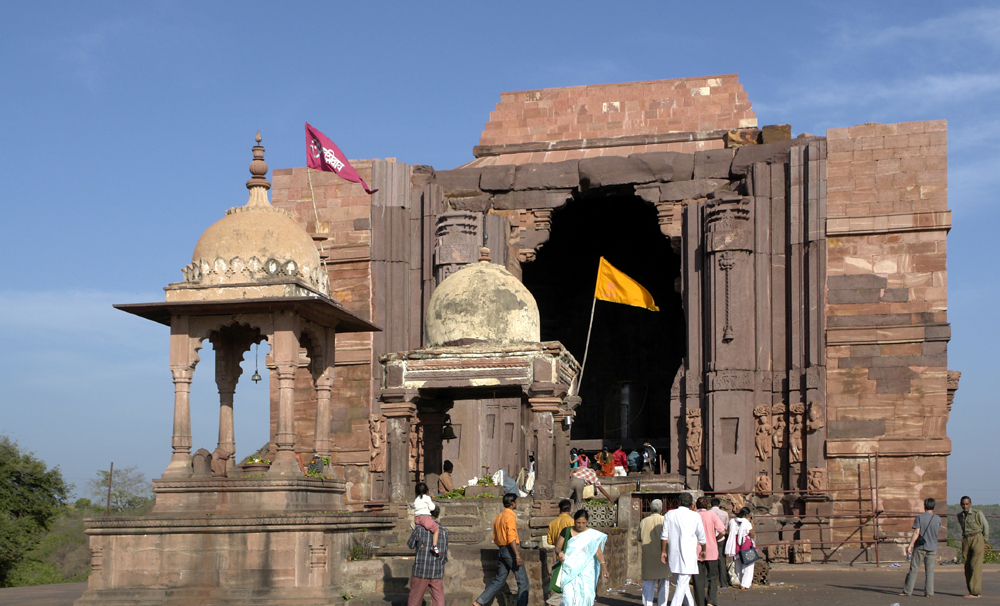 Bhojpur is a famous huge heritage active temple of lord Shiva in Madhya Pradesh state. It was founded by the Parmar king of Dhar, Raja Bhoj (1010-53) and was named after him. 28 km from Bhopal, Bhojpur is famous as an archeological site because of its magnificent remains of Shiva Temple and Cyclopean dam. The Shiva Temple has earned the title of the Somnath of the East and is called Bhojeshwar Temple. The temple is a simple square with outside portion of 66 feet, there are no re-entrant angles usual domes, though it is incomplete but has a magnificent soaring strength of line and is supported by four pillars. Like dome the pillars are also massive but they retain a remarkable elegance due to their tapering form. Divided into three sections the lowest is an octagon with facets of 2.12 feet, from which springs a 24-faced section.

The temple is one of the finest examples of temple architecture of the12th and 13th centuries. Also incomplete with a similar stone raising ramp is a Jain shrine that stands close to the Bhojeshwar temple. In this shrine there are three figures of the tirthankaras contained within one colossal statue 20 feet high, one of Mahavira and two of Parsvanath. West of Bhojpur once a vast lake, but nothing remains now except the ruins of the magnificent old dams by which its water were contained. The site was chosen with great skill as a natural wall of hills enclosed the whole area except for two gaps. The embankments held up an expanse of water of about 250 square miles. This great work is ascribed to Raja Bhoj, but it may possible be of an earlier date.

Khatla Pura Mandir Known for its timeless beauty and exceptionally etched backdrop, the Khatlapura Mandir, Bhopal, is one of the prime tourist attractions in MP. Once there, I was surprised to see the strategic location of the temple. It is situated near the Lower Lake but appears to be standing on water. On the inside, the mandir is braced by beautiful idols of Lord Ram, Lakshman and Sita.

Built over 150 years ago, near the lower lake and district commandant office of Bhopal, is the ancient Khatlapura Mandir devoted to Lord Ram. Besides the idol of the main deity, Khatlapura Mandir houses beautiful statues of Laxman, Sita, Lord Shiva sitting on Nandi, Lord Ganesh and may other God and Goddesses. Dol-Gyaras is an annual fair held here that lures a lot of devotees and tourists.

The temple enshrines beautiful idols of Lord Shiva sitting on Nandi, Lord Ganesh, Goddess Durga, Laxman, Sitaji and many other Gods and Goddesses. . Thousands of devotees visit the temple every year. A fair is celebrated here every year on Dol-Gyaras. 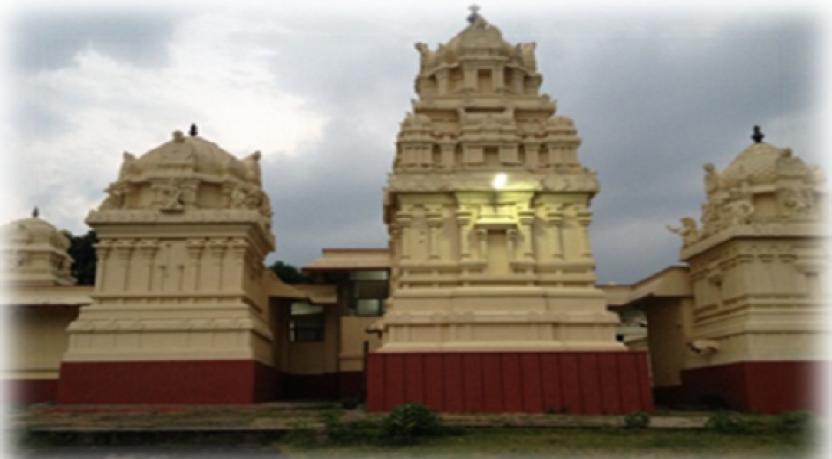 A temple of Sri Kanchi math was established in 1984. The Shankaracharya of the Kanchi Math is the main priest for all the Kanchi Math temple. Lord Karthikeye is mainly worshipped although shrine of other Gods can also be found here. 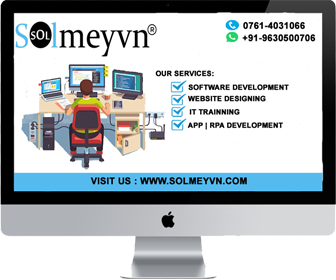 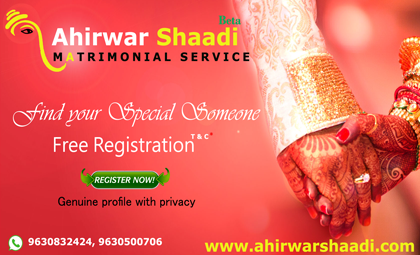 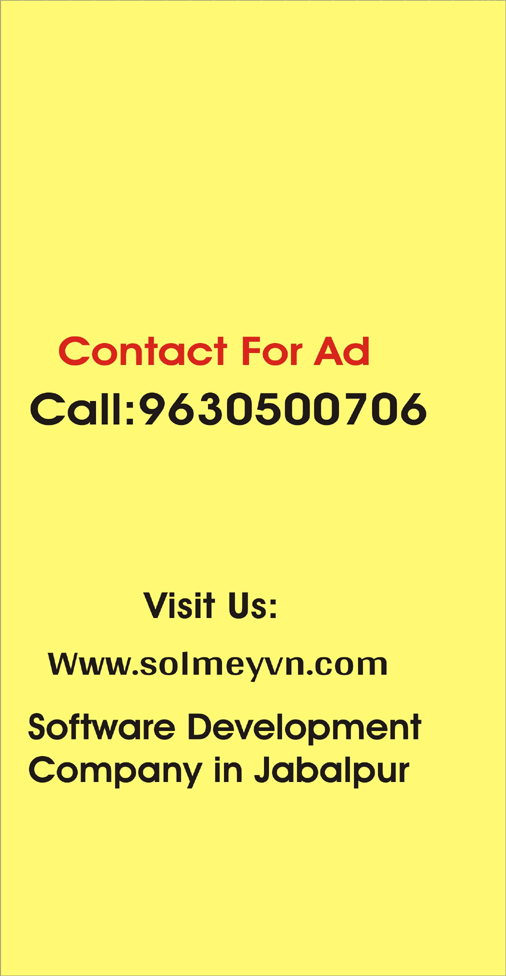 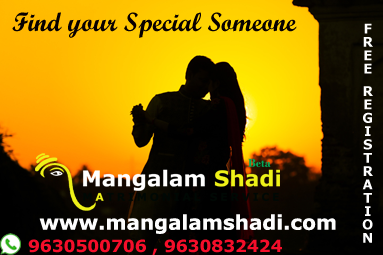 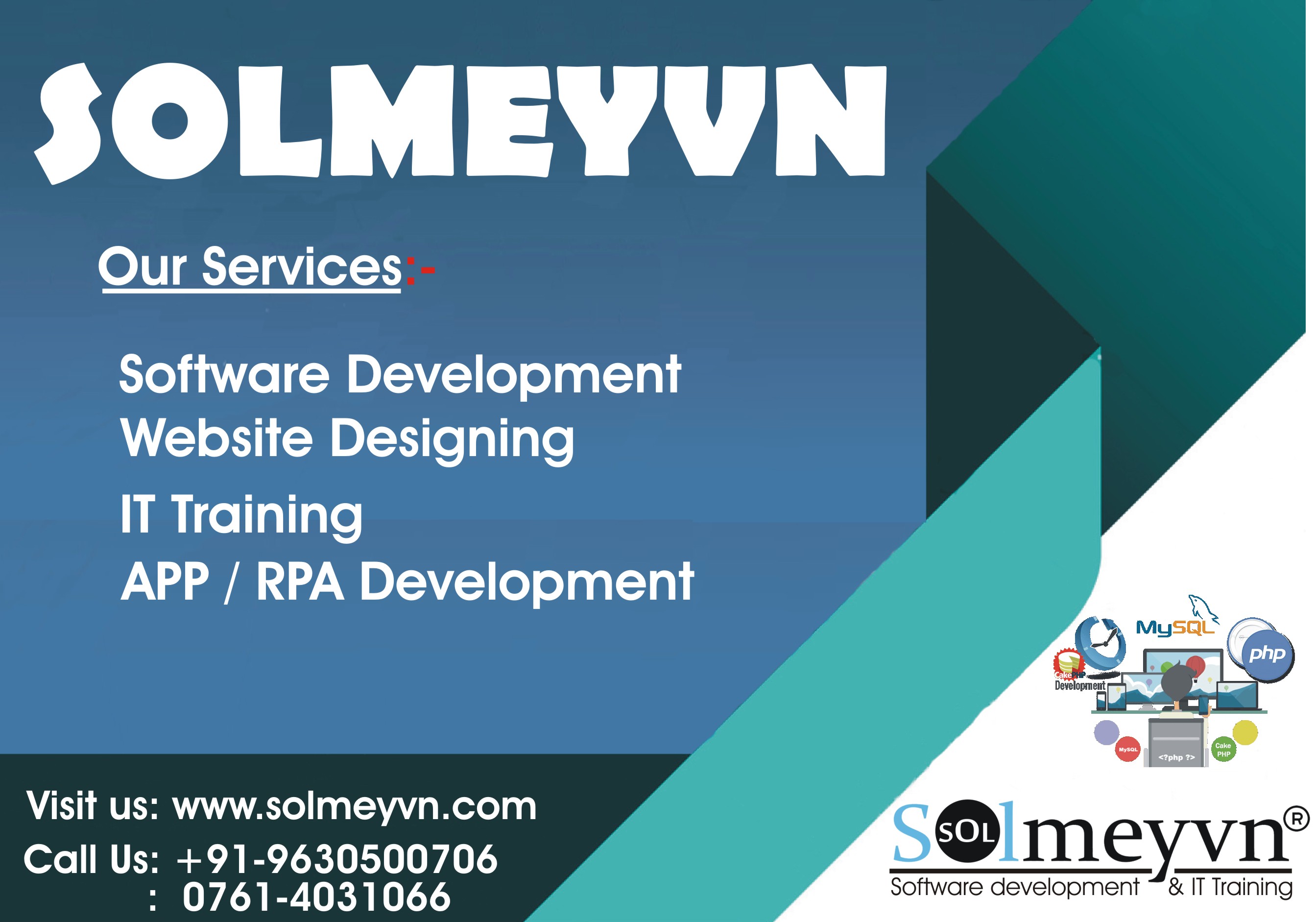 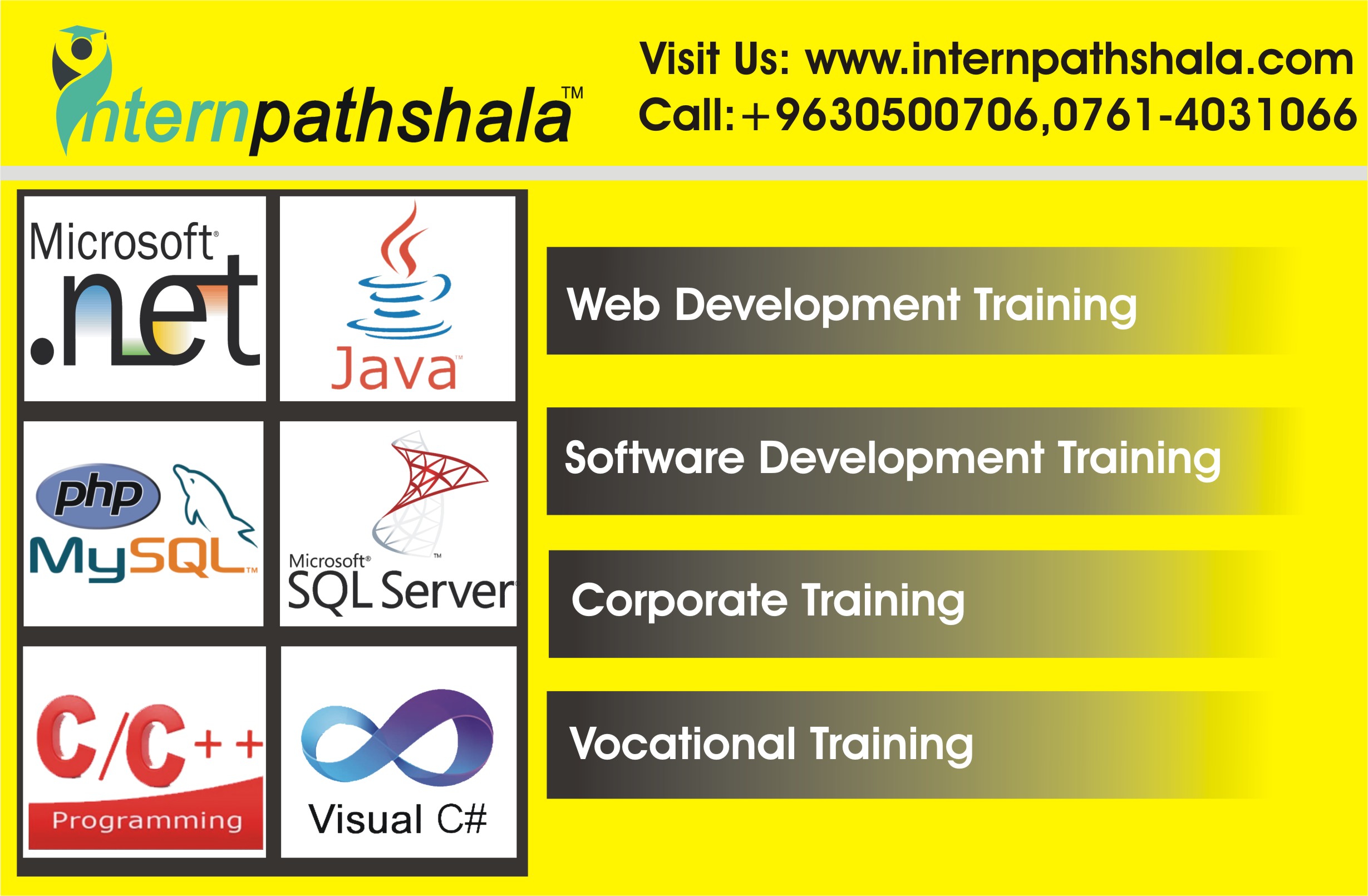 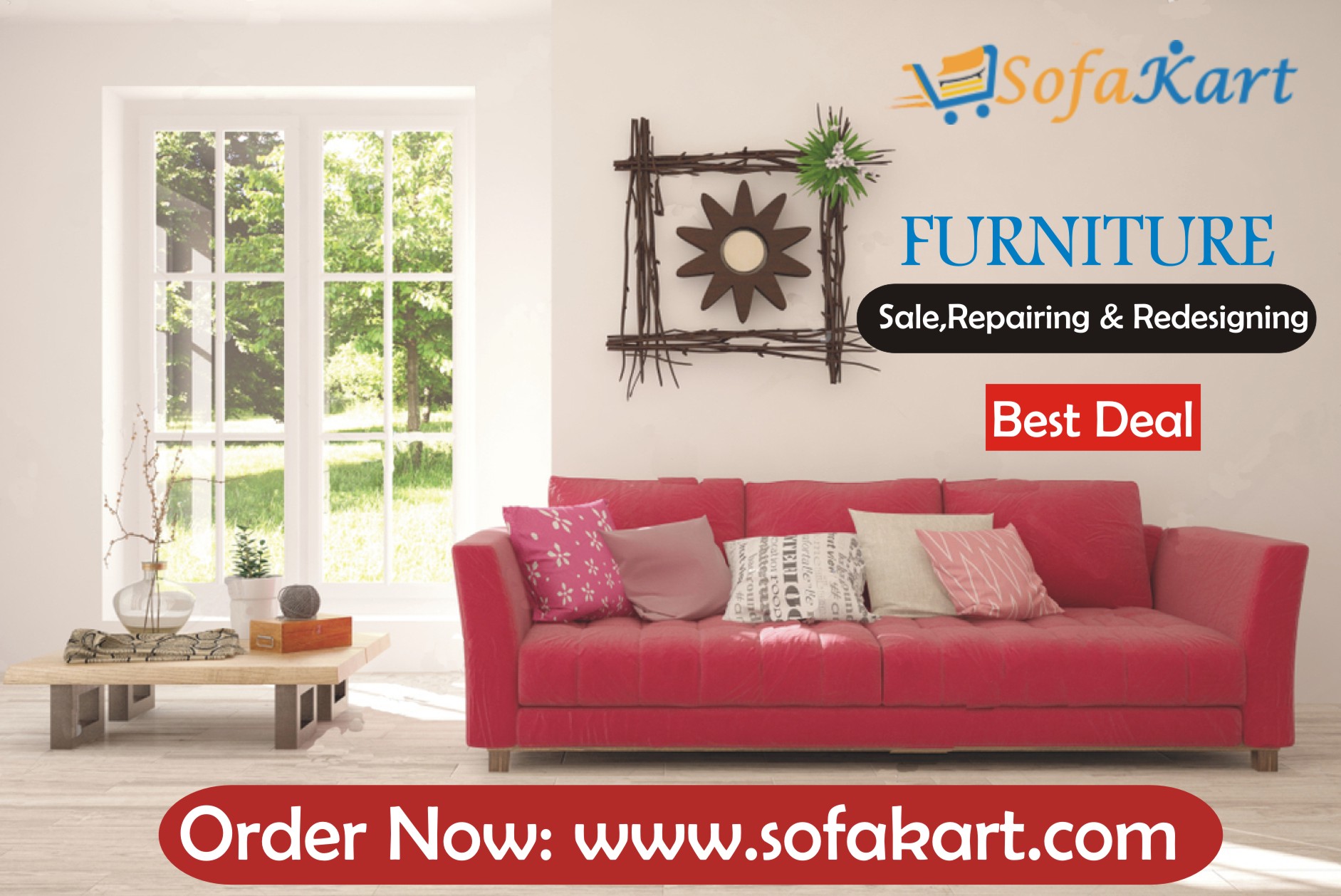